Rainbows In The Rockies

Denver doesn't seem a likely place to be living the Salt Life, but this week is an exception. I'm in town for the Trokar Salt Water Hook Summit at the Eagle Claw Factory.

It's good to be with a long time industry leader such as Wright & McGill! They are American made, they listen to the fishermen and have the know how to put out the best hooks in the world and they do!

This week decisions will be made on styles, promos will be shot for the new add campaign, and of course a little fishin' somewhere will have to be worked in.
Day one, Salty Captains and top engineers have candid discussions on what fishermen want and how to create the best hook there is for each fishing arena. I'm very excited about the new Salt water Trokar series! They are simply the sharpest, strongest, best hooks in the world! 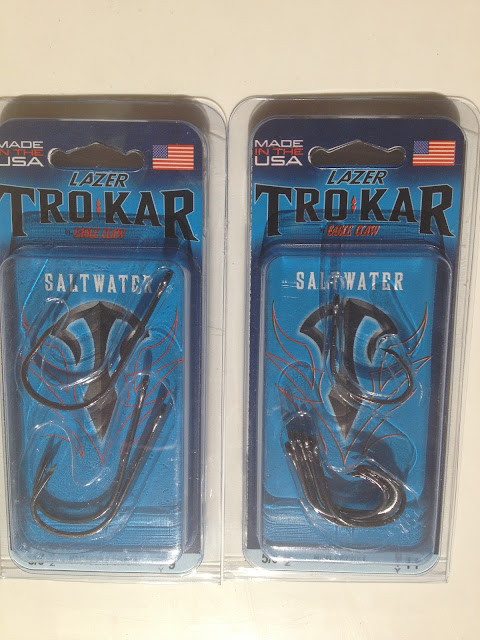 Day two we are up early and shuttled over to a huge movie-like set with a full production crew to shoot the new promos for Salt Water Trokars. For hours fellow pro staffer Blair Wiggins from Addictive Fishing and I held hooks, posed for shots on spinning stages , and followed directors orders. 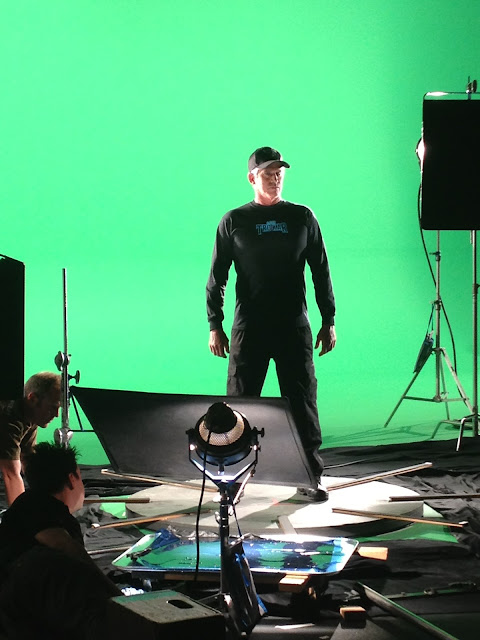 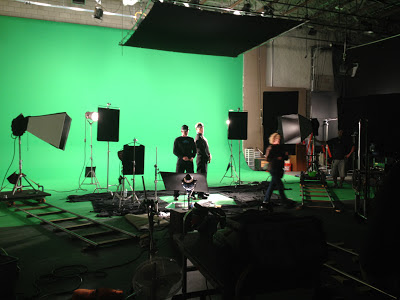 Day three is finally here! It's time to fish!  Ryan McCullough & Matt Smiley from Eagle Claw are gonna guide us to shoot a rainbow trout Hook the Future episode in the Rockies!
We drive almost two hours away from Denver to Spinny Mountain Reservoir. 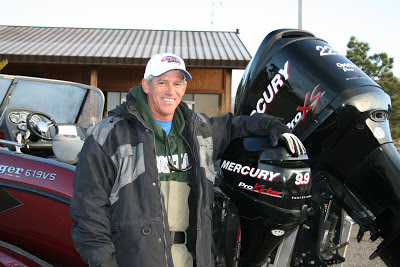 On the way seeing Mule deer, Antelope and Buffalo. I'm not in Florida anymore... 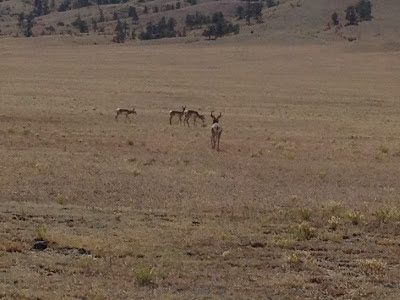 It's cold! The first snowfall of the year is coming tomorrow and the temps are dropping! Once we were out on the lake catching fish things started to warm up fast! 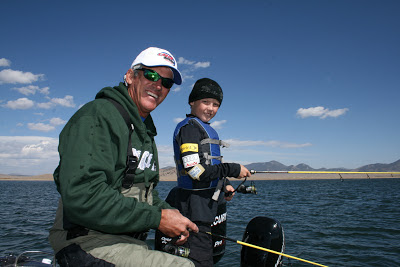 Our anglers Cole and Benny knew the game! Fish after fish... they hammered 'em! 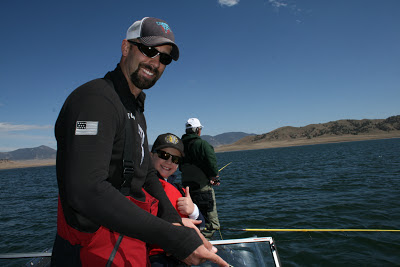 Nice fat rainbows a couple of browns and even a few pike. Over twenty fish in a couple of hours! Talk about fun!
﻿ 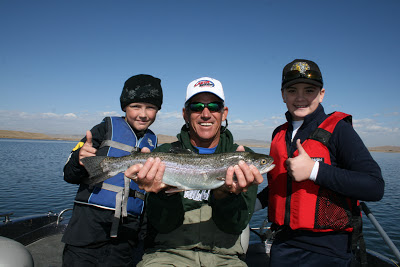 Those trout were some of the slimiest fresh water fish I've ever held... I just kept dropping them which I'm sure will be highlighted in the next blooper episode! 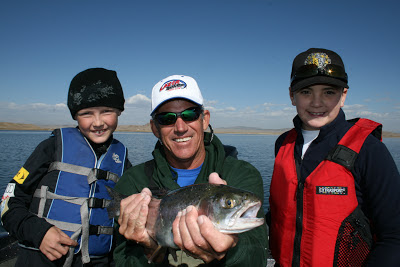 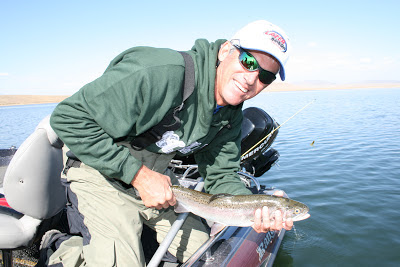 Slimy fives to the entire Wright & McGill / Eagle Claw family.
Livin' the Salt Life every day... even in the Rockies! 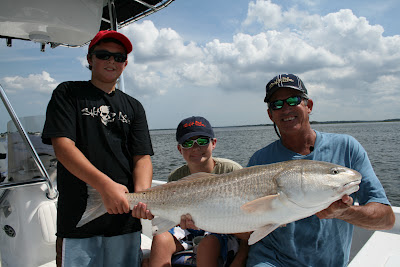 I love running charters and putting people on fish. Every trip is fun! But each year there is always one or two anglers who truly stand out... this year  it was Dillon and Trevor. We had tried to shoot a Hook the Future episode with these guys in the summer of 2011 for Kingfish, but we just din't get enough quality fish for a show before bad weather started blowing in, then we tried again last winter only to get rained out, So finally we have Trevor, Dillon the cameras and this time plenty of fish! These guys are ready! 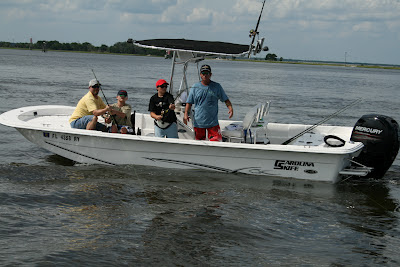 Dillon's attitude towards life with the daily obstacles he has to face as a high functioning quadriplegic is just inspiring... and he doesn't stop there! This guy doesn't just fish, he plays rugby, has been surfing and water skiing, Nothing can stop him! With the support of his family he rises to every challenge. Trevor is pretty special too! He's  always there for Dillon. Helping out with everything. 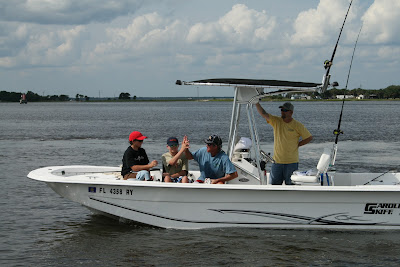 We have become such a spoiled society, and take so much for granted....fishing with these guys sure makes me look hard at the blessings I have. 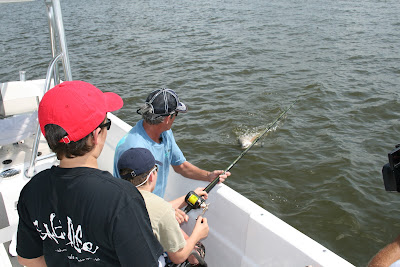 The fish were chewing ... 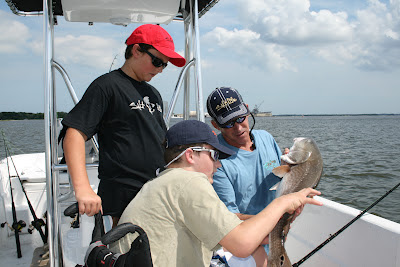 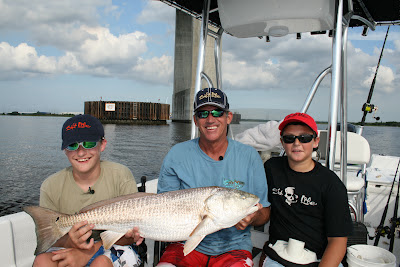 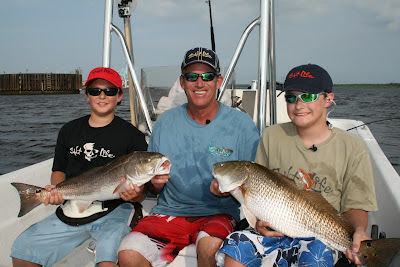 Slimy 5's everywhere! Talk about exciting! At one time Trevor reels 6 or 7 big reds in, one after another with no break! 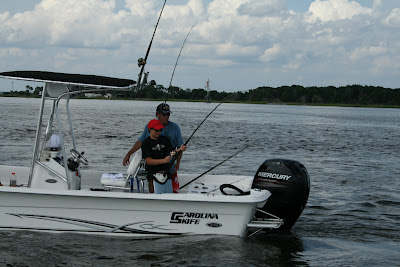 Dillon was up front putting every fish he fought in the boat! 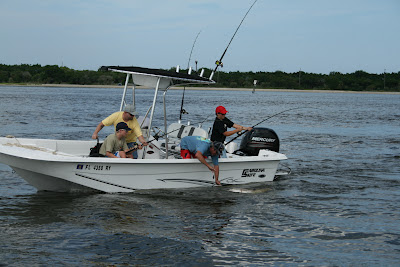 What a memory! What a lesson those boys gave me on the boat that day... So for everyone out there living the Salt Life... know how valuable those memories are!
Slimy 5's, 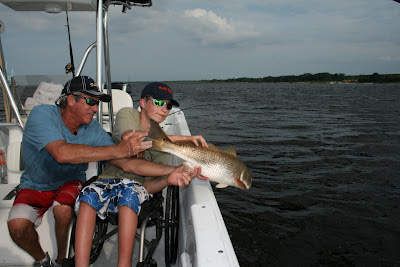 Most viewed on this site